The Archives was contacted a few weeks ago by Leslie McGibbon in the United States who was making an enquiry regarding his grandfather, Reginald William (Bill) Johnson. Leslie’s mother had told him that grandfather Bill had not only worked for Capt. Archie Frazer-Nash as a mechanic but had also accompanied him onto the continent in 1926 and 1928 when Archie was competing there.

Leslie was keen to discover if there was any evidence of his grandfather's association with Frazer Nash in our records at the Archives as he wanted to be able to confirm this part of the family history for his children and grandchildren.

In responding to Leslie's request we were able to find over 20 references to Bill Johnson on Works Orders between January and October 1928 when Frazer Nash Cars Ltd was located in Kingston-on-Thames, as well as copies of time sheet dockets which were interesting in that they showed his signature.  One of the Works Orders showed that he did a lot of work on Capt. Archie's competition GN Rikki-Tikki. 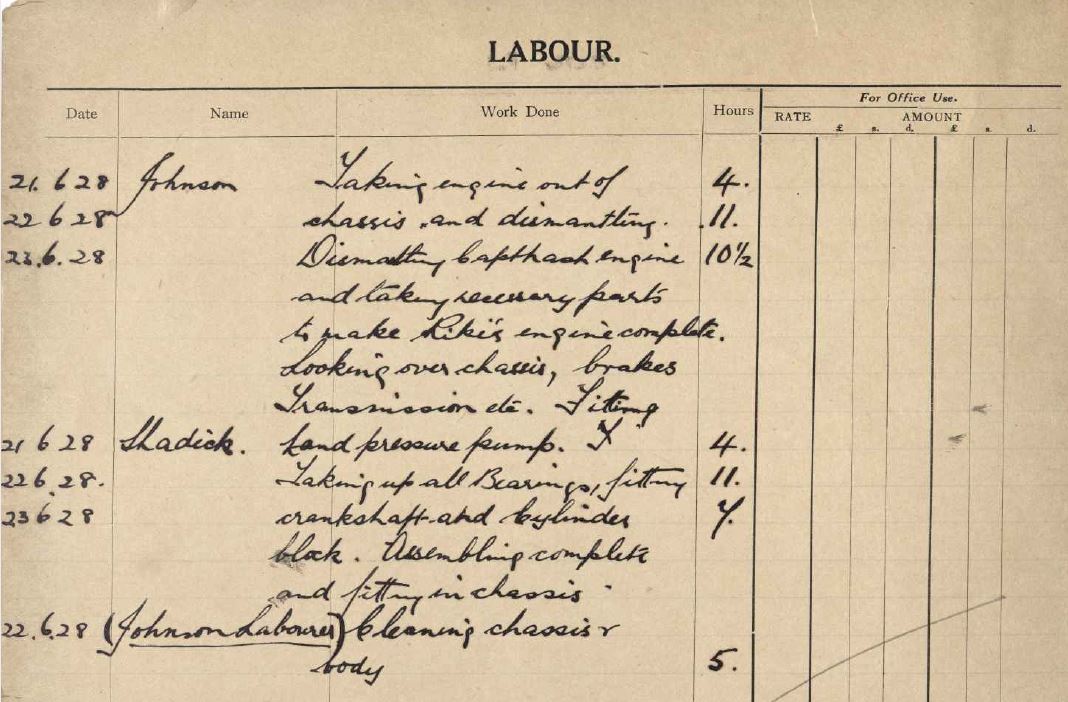 This evidence that we were able to provide of Bill's time at the Works was very well received by Leslie, especially as we were able to supply this information during COVID constraints. He very kindly sent us copies of two contemporary photographs of his grandfather, one of which shows a Frazer Nash chassis that Bill and his brother-in-law constructed and finished as a completed car later to be sold to a buyer in California.  The job was done in a rented shop behind a pub called The Lamb on Brighton Road in Surbiton. 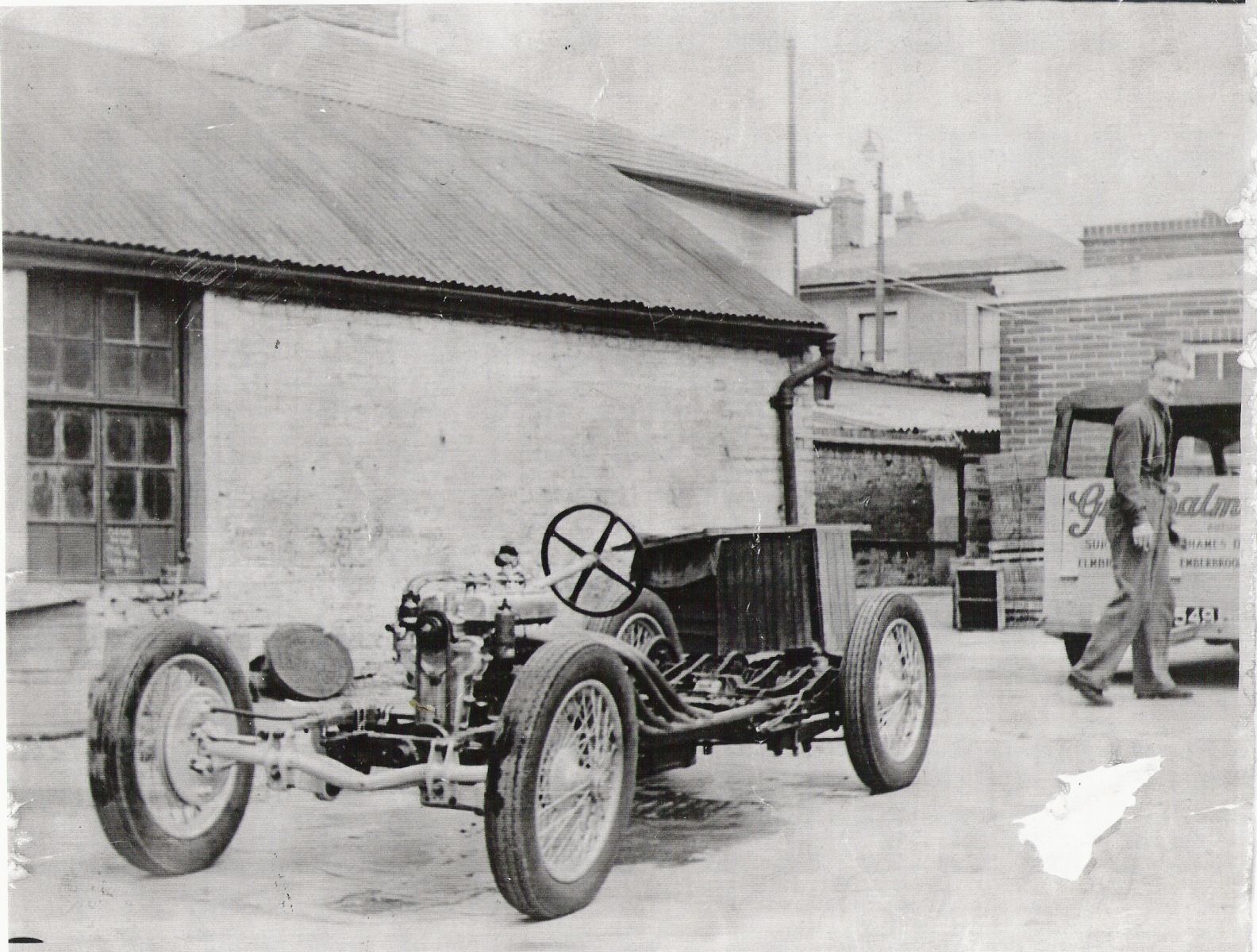